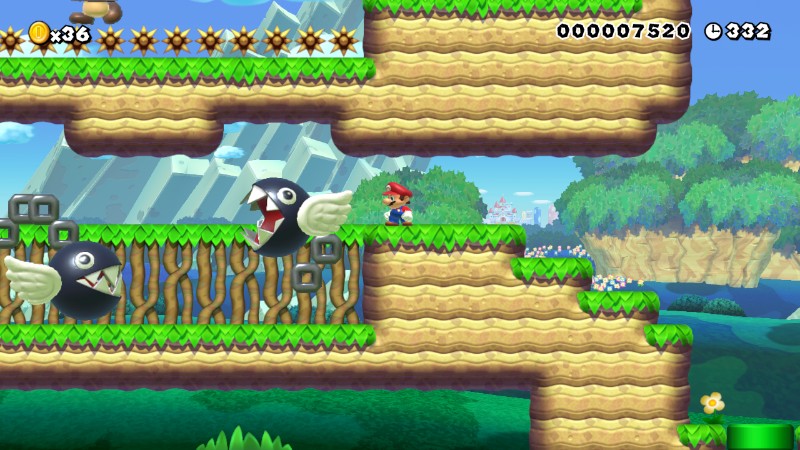 I love any kind of parallel-areas gimmick, and since you can make large versions of basically any critter in Mario Maker, it was begging for this. It’s named for a world in Mario 64, which I played only briefly but found memorable anyway.

It’s surprisingly difficult to come up with puzzles that actually require large monsters, and even harder to come up with ones that require small monsters. In the end, I think all but one of the puzzles can be solved in either world, though one way is always considerably easier than the other. I like alternate solutions, and heavily dislike when game designers add obvious artificial roadblocks to seal off alternate solutions, so I’m fine with this.

There are some places that are a little harder than they ought to be, which is a shame, but it’s my most popular level nonetheless. I’m itching to make a sequel, but this was incredibly tedious to do, because you can’t actually copy anything across areas. All of it was done manually.