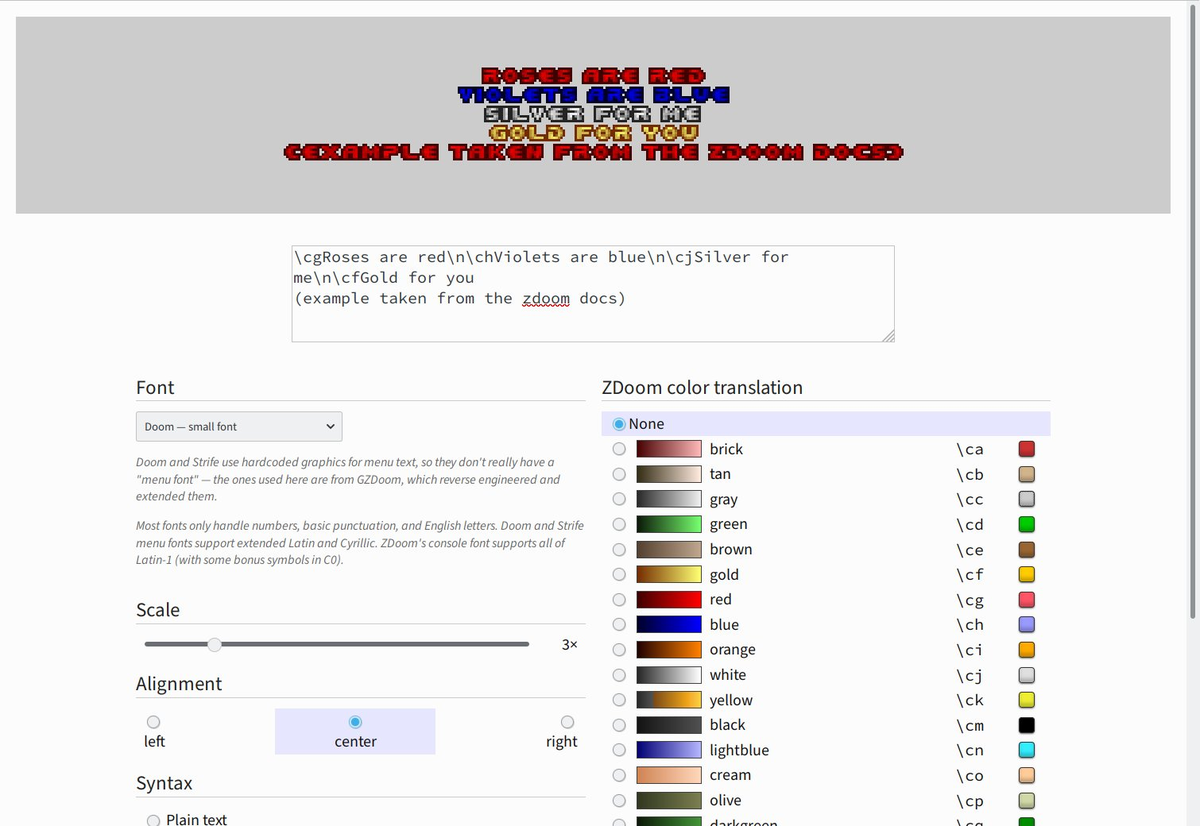 I’ve been mad my entire life that one of these didn’t seem to exist. ZDoom can print arbitrary text, of course, but only if you fuck around writing and compiling an ACS script or whatever! There’s no console command for it! Outrageous!!!

So I finally made this. It took like ten hours, which I have to say, is fucking incredible.

I don’t want to make a whole blog post out of this (I mean it was only ten hours) but a few points of interest:

Anyway now you can make your own cool in-game textures and other shenanigans, enjoy!